Talking about skateboard, we might think straight about extreme and adrenaline pumping kind of sport. But as sport that is loved mostly by young generations, skateboarding is still considered as a fun kind of sport as well. Since skateboarding popular in Indonesia back in the 90s, it has been growing significantly. We can see it by looking at the number of skateboard communities in many big cities in Indonesia, and able to launch professional and pro skateboarders who successfully attended and won many national and international competitions.

Not just conducting skateboard trainings together, this community gives many useful insights for its members. They can have more friends with the same hobby, which is skateboarding. Each member of this community is available for all other members who wish to learn new tricks and also to lift their spirits after they experience injuries. Skateboard is an attractive sport for young people and it has been proven that it can be a positive magnet for young generations to explore their creativity.

Moving on to Bandung, we will meet Street Skate Family, one of skateboard communities that was formed in 2007 by a group of young people with the same hobby, which is skateboarding. In Bali, there is a skateboard community called Bajing Skate Team who practice in an empty field, since space for these kinds of activities is still limited in Bali. For you who live in Batam, you can join Batam Skateboard Community or Bascom. This community was formed in 1999 with an idea to become the media for kids, teenagers, and grown ups to gather and skate together, and to keep people away from negative activities. 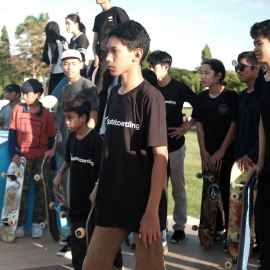 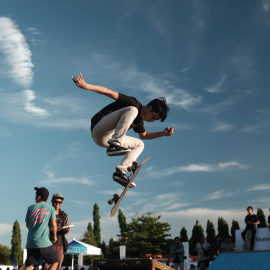 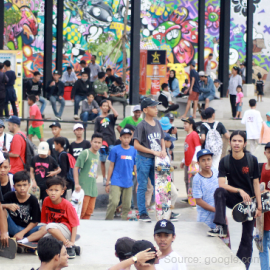 Next Article: The Beauty of Bali Beach