Biznet operates an extensive global network in several continents to peering directly with multiple Tier-1 providers for faster access and shorter route. As of 7 August 2015, Biznet primary international backbone was running on our own Biznet Fiber Java Bangka Batam Singapore with multiple n x 100 Gbps connection to provide large capacity from Indonesia to the World. 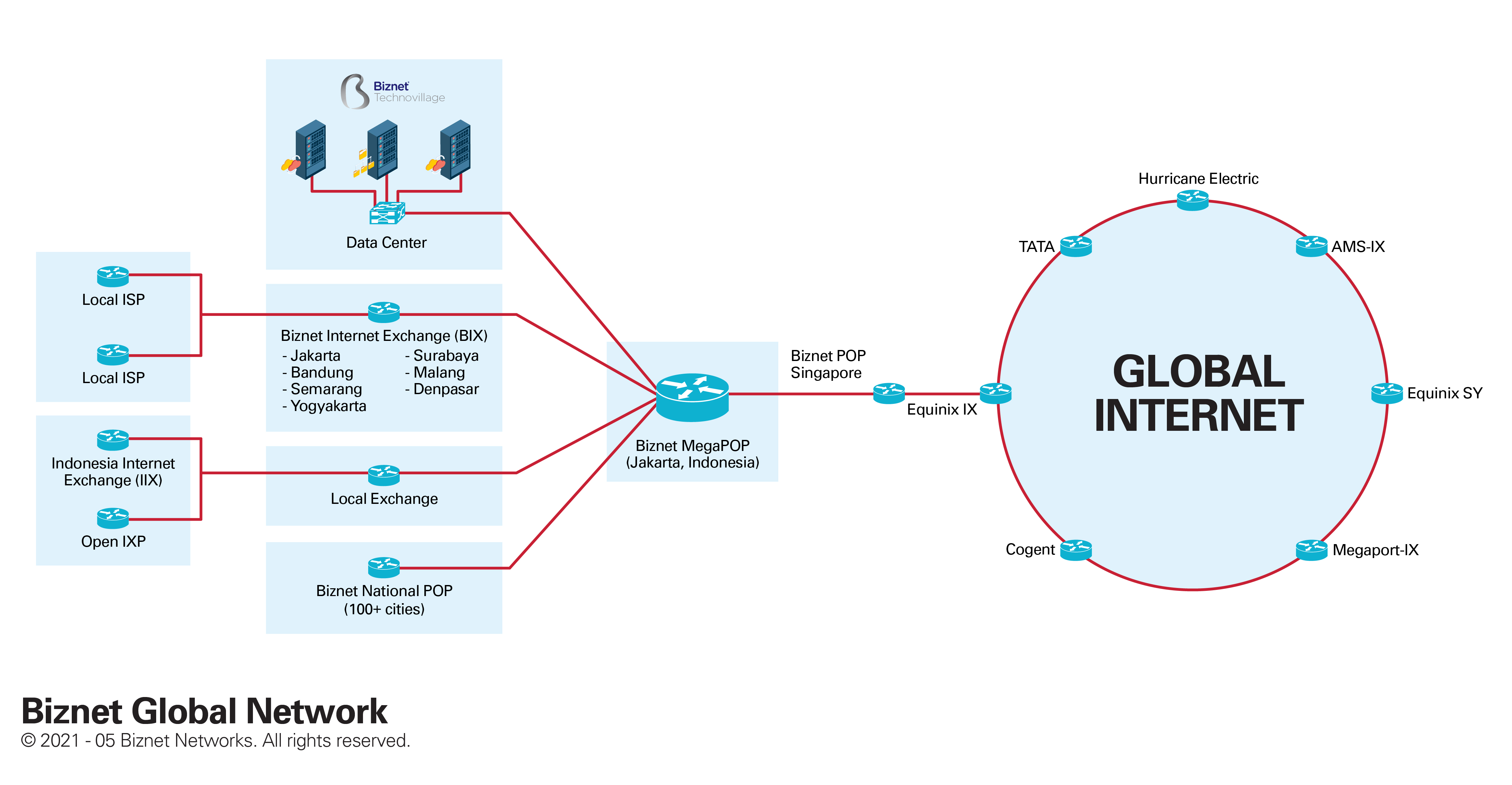 Biznet Multi Protocol Label Switching (MPLS) network operates at OSI "Layer 2.5" model that can be used to carry many different kinds of traffic and including IP packets. 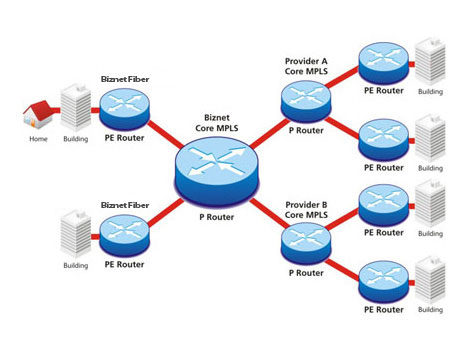 Biznet Multi Protocol Label Switching (MPLS) Network is a data-carrying mechanism which emulates some properties of a circuit-switched network over a packet-switched network. MPLS operates at an OSI Model layer that is generally considered to lie between traditional definitions of Layer 2 (data link layer) and Layer 3 (network layer), and thus is often referred to as a "Layer 2.5" protocol. It was designed to provide a unified data-carrying service for both circuit-based clients and packet-switching clients which provide a datagram service model. It can be used to carry many different kinds of traffic, including IP packets.

Biznet is actively peering in Australia, Asia and Europe. We use Open Peering policy for any ISP, Telco, Data Center atau Internet Exchange who wanted to interconnect with our network.

We are constantly increasing the breadth and quality of our network coverage. By using the latest technology Biznet committed to provide reliable services to support business activities. Here's a graph of the amount of Bandwidth Global Internet usage seen in real time.