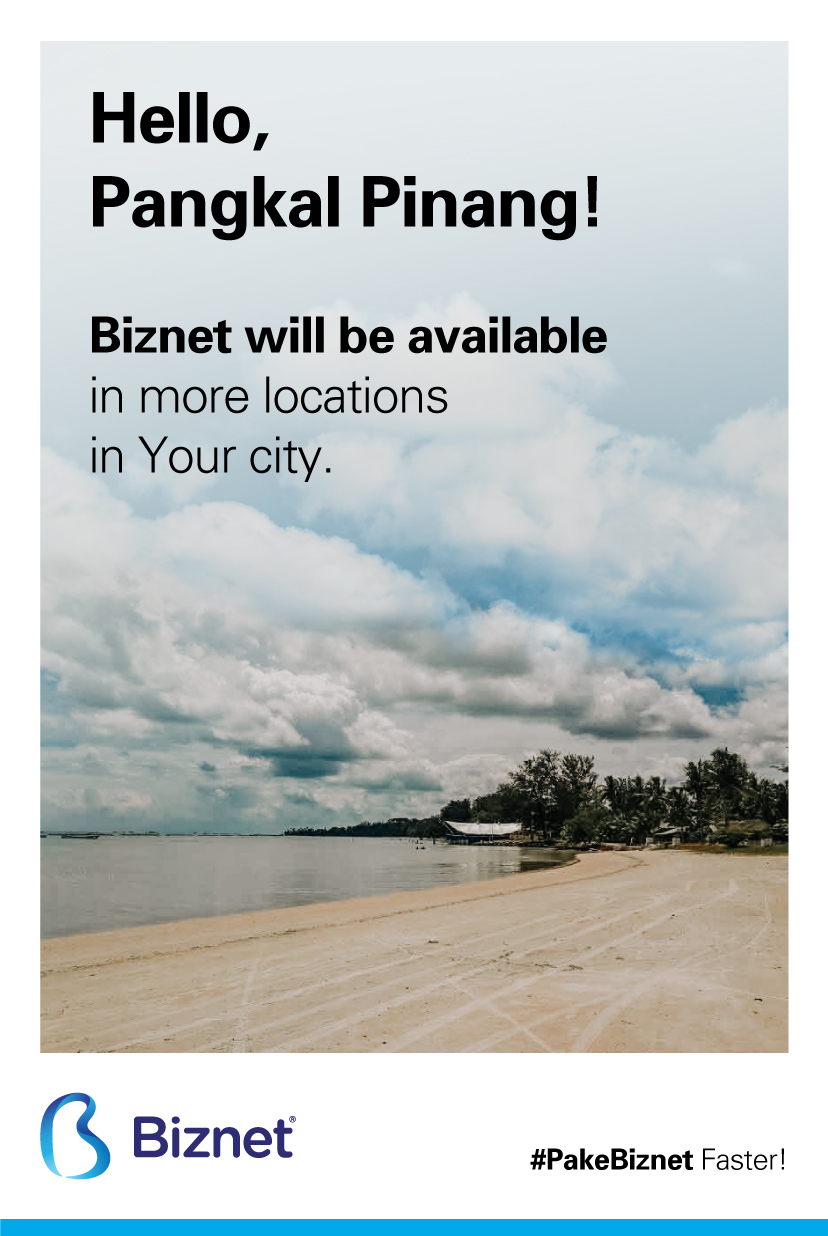 Pangkalpinang City is one of the cities in Bangka Belitung Province, which is also the capital city of the province. Today, Internet has become a primary facility that almost everyone in the region needs, including those who live in Pangkalpinang City. According to the Governor of Bangka Belitung, Erzadi Rosman, Internet access is a very crucial facility that will support the growth of SMBs in numerous villages, and also to support learning from home activities.

1. Biznet Fiber network will cover all areas throughout Pangkalpinang City

In 2020 Biznet will expand our network and coverage area in Pangkalpinang City, in order to provide the best WiFi Internet to support business and tourism activities that have been transformed to online methods as well as to support students' school from home activities.

If you have the chance to visit Pangkalpinang City, you can enjoy the beauty of its nature by visiting Pasir Padi Beach, Pukan Beach, or Bangka Botanical Garden that’s very instagrammable. Or if you are keen on having a Religious or Historical tour around the city, don’t forget to include Masjid Raya Tua Tunu, Kelenteng Dewi Laut, and Museum Timah into your bucket list.