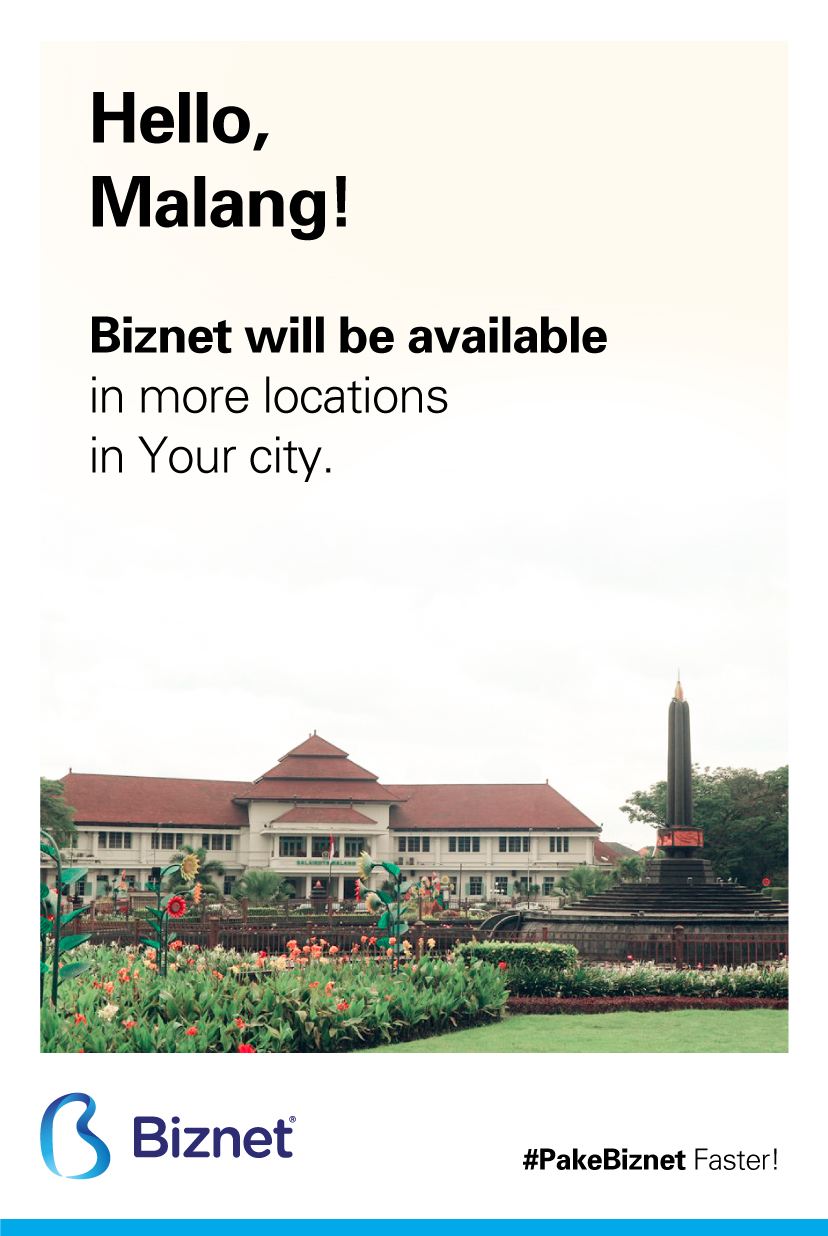 One of the efforts taken by the Malang City Government in realizing Malang City to be a Smart City, is by running a free WiFi network installation program that will be installed in all RW areas in 551 points in the Malang City area, East Java. Free WiFi access can help students in Malang City who school from home and also for Small and Medium Enterprise (SME) who wants to Go Digital. This free WiFi facility is hoped can help students while participating in the online learning process as well as help the SMEs in promoting and selling products via online.

1. Biznet Fiber network will cover all areas throughout Malang City

In 2020 Biznet will expand our network and coverage area in Malang City, in order to provide the fast and stable WiFi Internet to support business activities that have been transformed to online methods as well as to support students' school from home activities.

Malang City is the second largest city in East Java after Surabaya City, and the 12th largest city in Indonesia. Moreover, the air in Malang CIty is very fresh, since this city is located in a high land. Malang is known as an education city since there are a large number of educational institutions such as universities and schools in this city. Therefore, it is not surprising if Malang is one of the destinations for students in Indonesia.

Besides being known as an education city, Malang City is also known for its delicious cuisine such as Bakso Malang, Cwie Mie Malang, Angsle Malang and orem-orem, food made from fried tempe, chicken, and cooked with coconut milk sauce. In addition to that, there are also many choices of must-visit tourism destinations in Malang City, such as Museum Angkut and Jatim Park. Moreover, Malang City also offers natural attractions with beautiful scenery, such as Tiga Warna Beach, which has shades of blue, green and white sand.