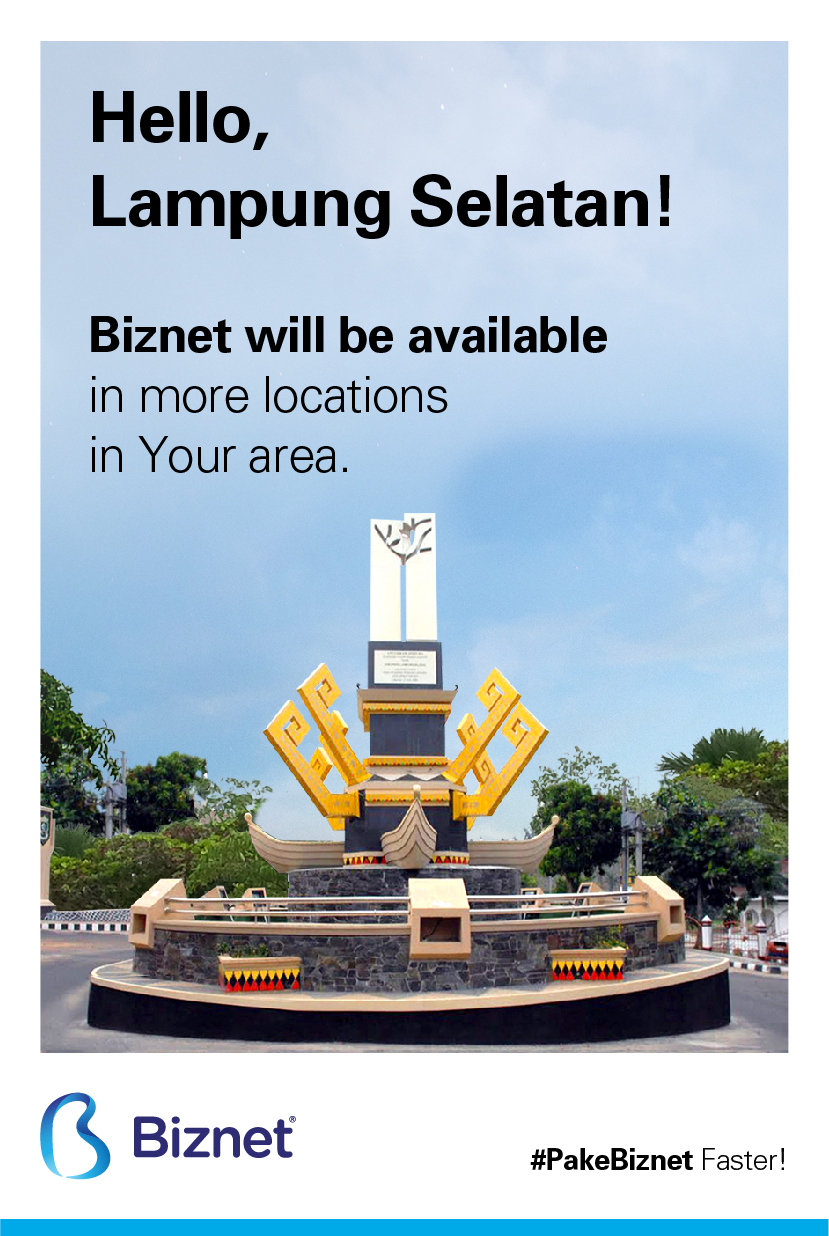 South Lampung Regency is one of the regencies in the province of Lampung, where in the southern part of the South Lampung Regency, which is also the tip of Sumatra Island, there is the Bakauheni Crossing Port, which is a transit point for people from Java to Sumatra and vice versa, makes this regency become the gateway of the southern part of Sumatra Island.

South Lampung Regency itself is intensively carrying out development to improve its region. Various efforts have been done by the South Lampung Regency government, including improving the quality of human resources through good education and health services as well as social welfare, building infrastructure to increase activities between regions and sustainable economic centers, as well as increasing cross-government patterns and professional, transparent and effective services. Knowing the importance of reliable Internet and digital infrastructure for the region's development, Biznet will expand its network in South Lampung Regency, providing high quality Internet services for all people in this regency.

In 2022 Biznet will expand our network and coverage area in South Lampung Regency, to provide the fast and stable WiFi Internet service that will support the changing trend of business activities to online, and also to support children’s study from home activities.

Moreover, it is not complete to visit South Lampung if you do not visit Anak Krakatau Island. Many local and foreign tourists want to see firsthand evidence of the eruption of Mount Krakatau that occurred in 1883. Anak Krakatau itself appeared in 1927. The eruption and release of Anak Krakatau volcanic material became an attraction for the tourists. As for cultural tourism, tourists can enjoy the Tuping Dance performance, which is the creation of the 12-faced tuping. This dance is often performed at traditional ceremonies or weddings of the people of South Lampung.