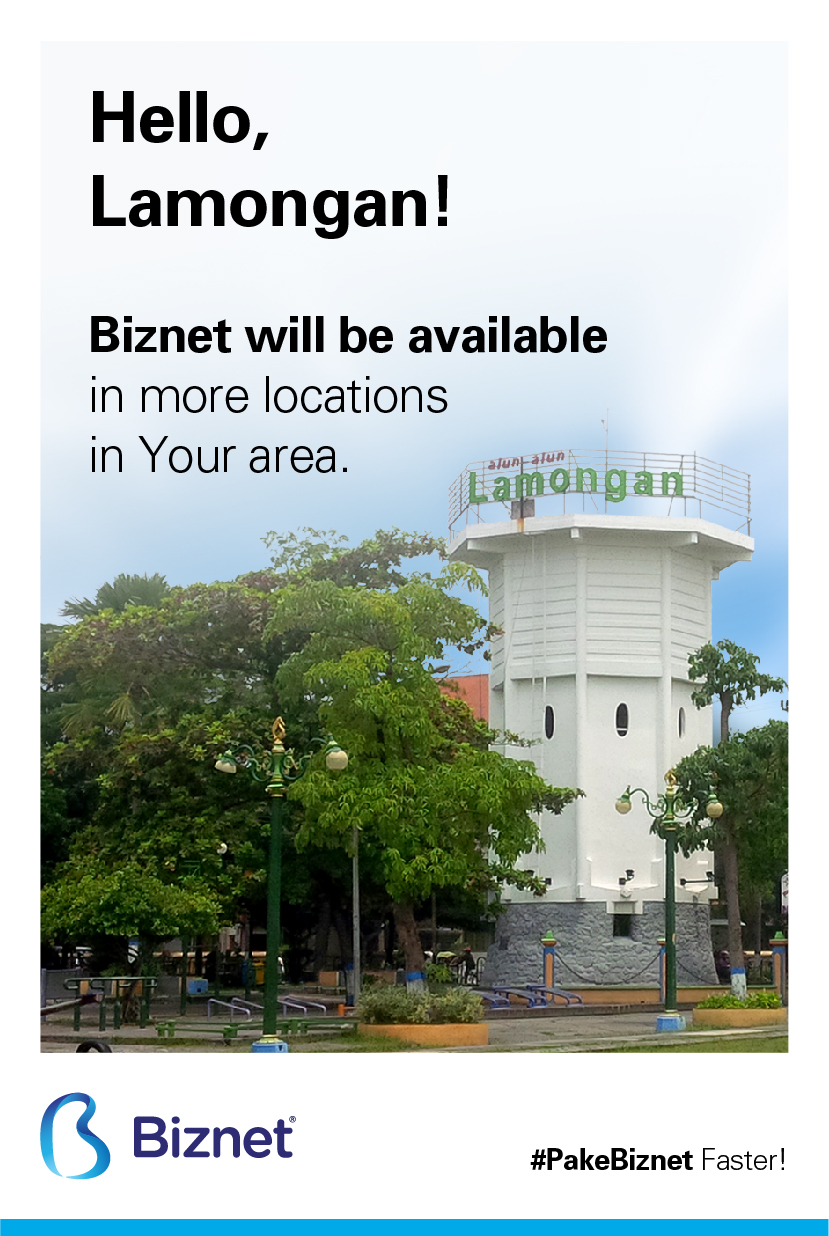 In facing the growth and development of technology and information, Lamongan Regency Government has established a Creative Communication Center (Puskom) as a community facility to develop community potentials in the field of digital technology. Through Puskom, the Lamongan Regency Government has been conducting numerous training programs or skills improvement activities related to the digital world, such as digital marketing for MSMEs through social media platforms and e-commerce. In addition, a co-working space development program, as the mean or space for young people to develop creativity in the digital world is also being carried out.

In line with the program, Biznet has opened a branch office with network that has been available in Lamongan Regency since 2022, and has also participated in providing Internet services for the people of Lamongan. Biznet is here to provide fast and stable Internet services to continue supporting people's digital activities and develop the creativity of Lamongan communities.

1. Biznet Fiber network will cover all areas throughout Lamongan City

In 2022 Biznet will expand our network and coverage area in Lamongan Regency, to provide the fast and stable WiFi Internet service that will support the changing trend of business activities to online, and also to support children’s’ study from home activities.

Lamongan is one of the districts located on the north coast of East Java and part of the coastal area is hilly. Just like other districts in East Java, Lamongan also has attractive tourism potentials to visit. In the coastal area there are tourist attractions such as Van der Wijck Monument, Gondang Reservoir, Lamongan Marine Tourism and Maharani Cave, which is a very beautiful limestone cave. In addition, the other things that are famous about Lamongan are the food. Lamongan has several specialties, such as Soto, Nasi Baronan, Tahu Tek, Wingko Babat, which is original from the Babat area and is widely recognized by other regions.