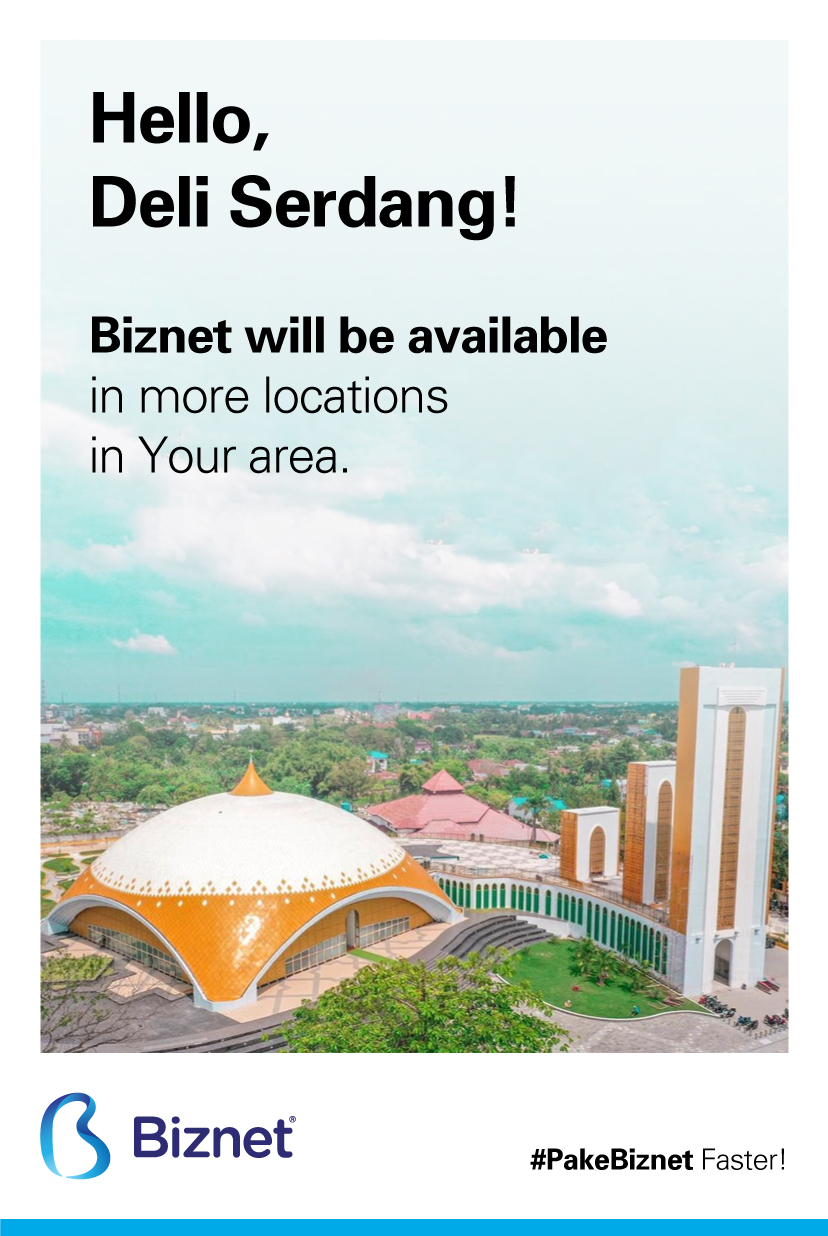 In 2022 Biznet will expand our network and coverage area in Deli Serdang, to provide the fast and stable WiFi Internet service that will support the changing trend of business activities to online, and also to support children’s study from home activities.

Deli Serdang is one of the districts in North Sumatra Province. Aside from Medan, which is also located in North Sumatra, Deli Serdang is also one of tourist destinations to visit. Not only rich in cultural heritage, Deli Serdang Regency also has many tourist attractions that offer natural beauty of this district. Some of the places that you can visit are Linting Lake, Dua Warna Waterfall, Siba Island and also The Lehu Garden.

Deli Serdang also has various culinary that you don’t wanna miss. If you come to Deli Serdang, don’t forget to try the signature dishes such as Tauco Shrimp, Spicy Porridge or mixed rice from Deli named Perang Rice. Deli Serdang is also famous with its delicious Gulai Masam, which is made from grouper or catfish seasoned with cayenne pepper, tomato and vegetable starfruit.