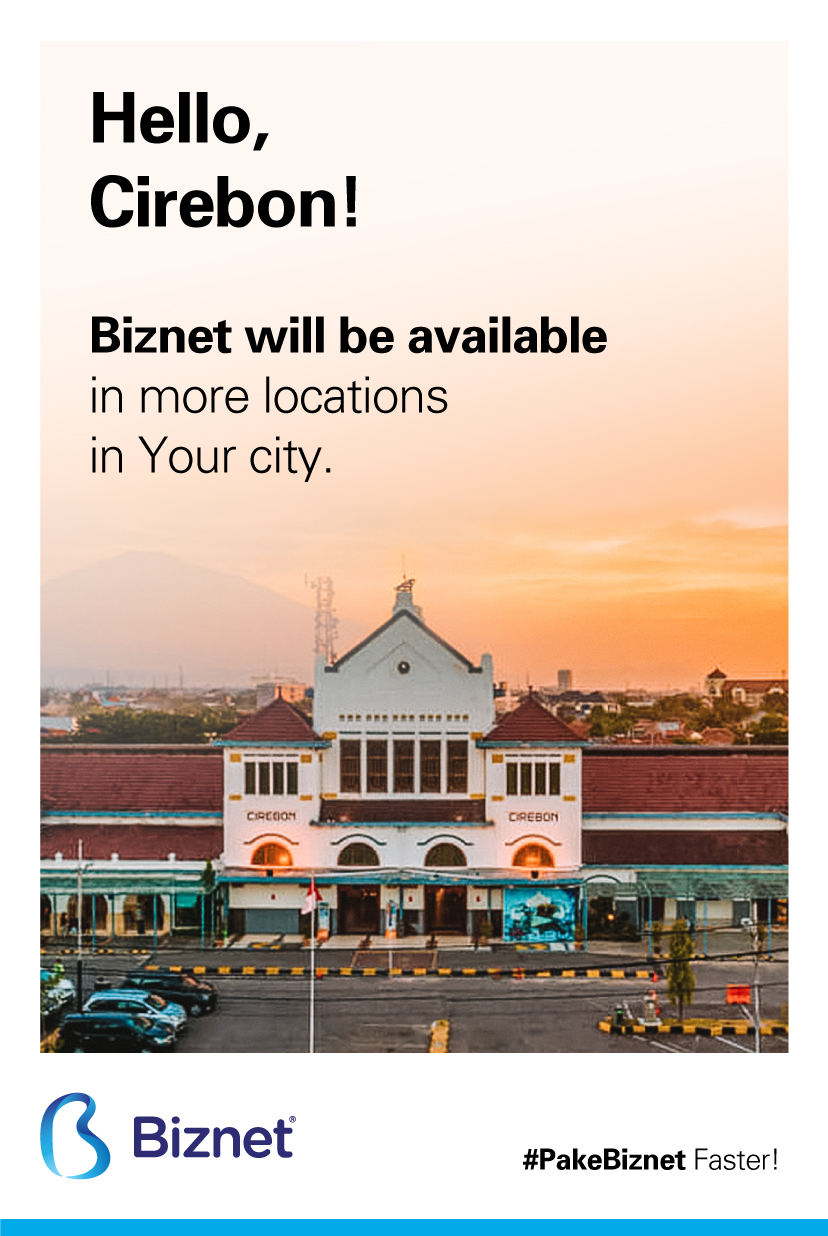 Cirebon City dreams of becoming the leading digital-based tourism city in West Java Province. Based on its Smart City concept, the local government has launched several applications for public services that based on local culture. Some of the applications are apps on local tourist locations, digital library, and also apps about government activities in the city. More apps are being developed and hoped to be able to support the people to have more practical and more efficient ways to do their activities.

In line with this, Biznet, which has been present in Cirebon City since 2014, continues to expand its network to more areas in Cirebon City. So that the presence of the Biznet network can continue to support the development of digital technology in this city.

1. Biznet Fiber will cover all areas throughout Cirebon City

In 2021 Biznet will expand our network and coverage area in Cirebon City, in order to provide the best WiFi Internet to support business and tourism activities that have been transformed to online methods as well as to support students' school from home activities.

Cirebon City is one of the cities in West Java, Indonesia. This city is located in the northern coast of Java Island or is known as Pantura lane that connects Jakarta-Cirebon-Semarang-Surabaya. Cirebon City also known as the City of Schrimp, where shrimp is the largest fishery products in Cirebon City.

Cirebon City has an extraordinary tourism attraction. The tourism destinations that can be visited are Keraton Kasepuhan Cirebon, Keraton Kanoman, Taman Sari Gua Sunyaragi and Bukit Gronggong. Moreover, it will not be complete if we are coming to Cirebon City without tasting the typical food named empal gentong. There is also nasi jamblang, mie koclok and tahu gejrot, food that you must enjoy in the city.