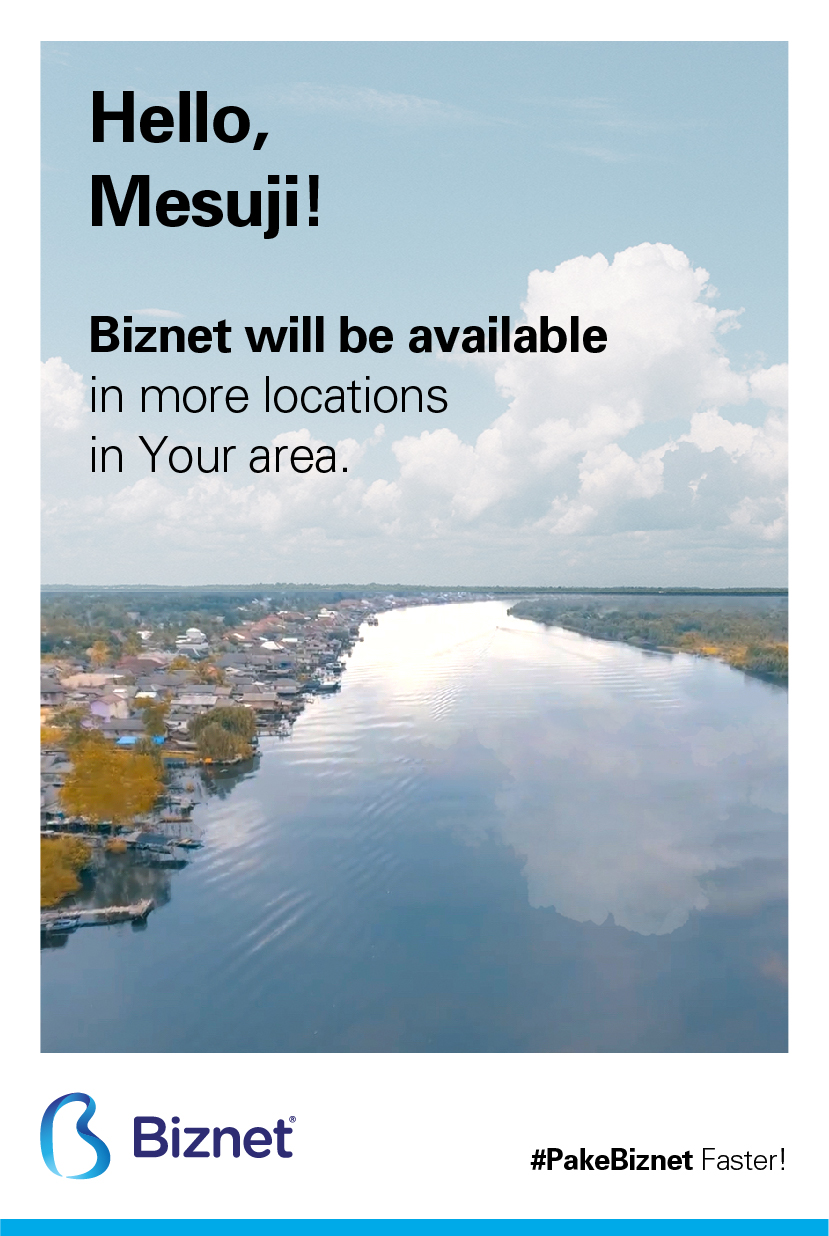 Located between the borders of Lampung Province and South Sumatra, Mesuji Regency is one of the regencies with the furthest distance from the capital of Lampung province and directly adjacent to the Ogan Komering Ilir Regency. Although located in a border regency, Mesuji Regency has become the first regency in Lampung province that implemented the TTE e-Signature for its government administration. The availability of the e-Signature (TTE) application makes the technology development in Mesuji Regency a step ahead and encourages the government to develop other technology innovations.

To support the government’s effort in creating various digital innovations in order to develop the Mesuji Regency, Biznet will be available in Mesuji by 2022, presenting various choices of Internet service packages, which are expected to help the government as well as become the solution for the people’s need of WiFi Internet connections to support the growing digital activities and lifestyles.

1. Biznet Fiber will cover all areas throughout Mesuji Regency

In 2022 Biznet will expand our network and coverage area in Mesuji Regency, to provide the fast and stable WiFi Internet service that will support the changing trend of business activities to online, and also to support children’s study from home activities.

Besides being famous for its oldest village, Mesuji Regency also has specialty foods that you can try, namely Umbu, which is cooked by sauteing or consumed as fresh vegetables (lalapan) that have a bitter taste like pare. Another typical food you must try is Burgo, which has a stuffed gabus fish that is boiled and rolled in a skin made from rice flour and sago flour with a coconut milk sauce made from spices.