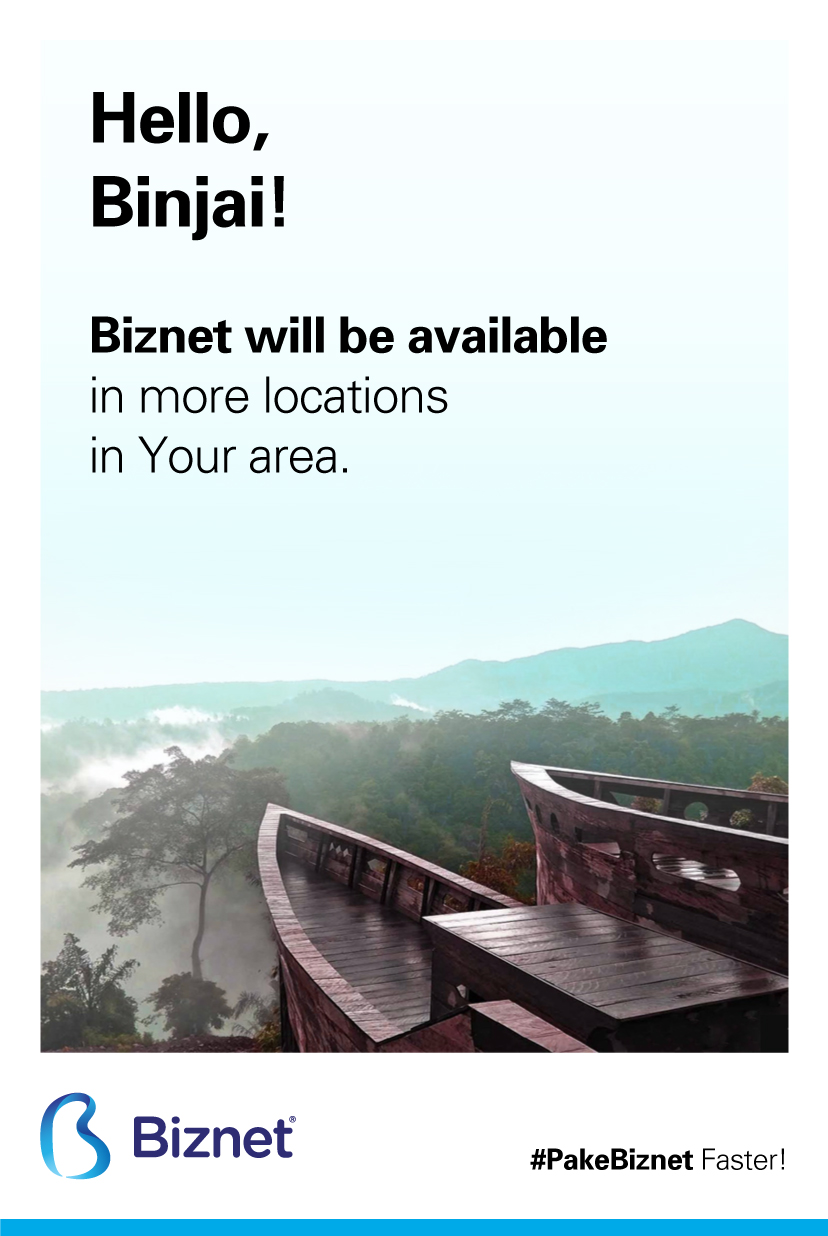 Binjai is the first city in Sumatra to implement e-government known as Binjai Smart City (BSC) and also Binjai Command Center (BCC). Binjai Smart City (BSC) has 5 applications that can facilitate the needs of the people such as e-musrenbang, e-masyarakat, e-dokter, e-perizinan, and e-budgeting. In addition, Binjai Command Center (BCC) is being launched as the control center for the entire smart city digitization program in Binjai City. With the implementation of e-government, it is hoped that the management of the Binjai City government will become a better and modern smart city.

Seeing the significant growth to focus on building a smart city, Biznet will be avalaible in Binjai to meet people’s needs for an Internet connection with the latest technology. Biznet's presence is expected to be able to provide fast and stable Internet services to support government programs in improving digital technology, as well as to answer the people of Binjai City for an Internet connection.

1. Biznet Fiber network will cover all areas throughout Binjai City

In 2022 Biznet will expand our network and coverage area in Binjai, to provide the fast and stable WiFi Internet service that will support the changing trend of business activities to online, and also to support children’s study from home activities.

City or commonly called Rambutan Brahrang. Famous for the characteristic taste and the largest growing of rambutan fruit in Indonesia, Binjai City government built a building named Tugu Rambutan, and became the symbol of Binjai City. In addition, the Binjai City rambutan seeds have also been spreaded and cultivated in various places outside the island of Sumatra.

Binjai City also has natural attractions that store a variety of beauties such as Namu Sira-Sira or Pangkal Beach, which is located in Langkat Regency, is one of the natural bathing places that have clean and clear water and a cool natural atmosphere. This tour is one of the tours that attract the attention of many people for a vacation. In addition to tourist attractions, Binjai is also famous for culinary tours such as Kampung Kuliner, Pasar Kaget Binjai, Pasar Pujasera GOR Lama and many more that offer Binjai typical foods that must be tried when visiting Binjai City.