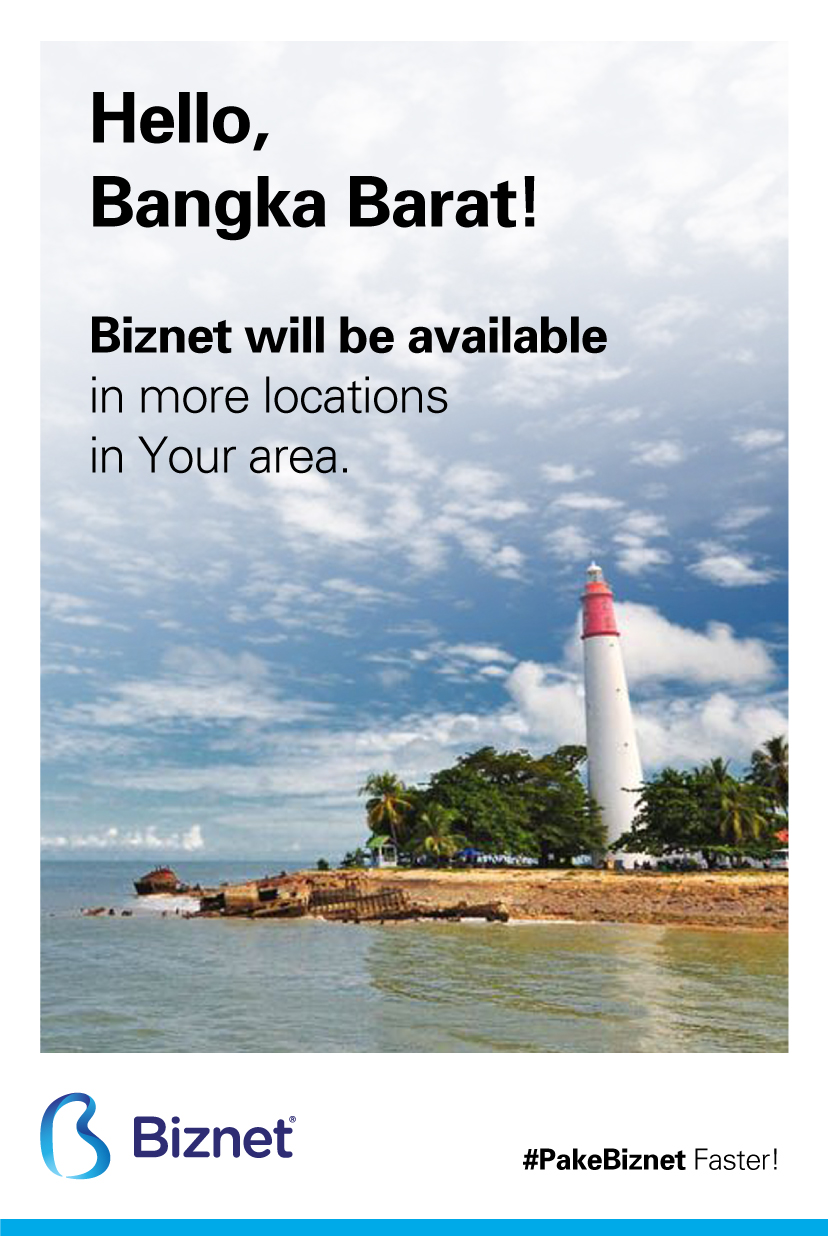 West Bangka is one of the regencies in the province of Bangka Belitung Islands, which is also a regency that continues to adapt with the technology development. One of which is shown by how the West Bangka Regency Government encourages the village government to start making changes by developing digital-based public services. With this digitalization, it is hoped that public services will be better both for the quality and capability, so that this can be useful for improving people’s welfare.

In line with this, Biznet will also be available in West Bangka, providing various services supported by integrated digital infrastructure. Biznet’s presence in West Bangka is hoped not only to support the acceleration of public service digitalization, but also to answer the people’s need for reliable Internet in this regency.

In 2020 Biznet will expand our network and coverage area in West Bangka Regency, in order to provide the fast and stable WiFi Internet to support business activities that have been transformed to online methods as well as to support students' school from home activities.

West Bangka Regency, which Muntok as the capital city, is an area located in the western part of Bangka Island, which must be included in your holiday destination list. Because West Bangka has a beautiful natural charm and has beaches with clean white sand. There is a beautiful Tanjung Ular beach, with rows of coconut trees that line the beach sand, and is suitable as a snorkeling spot. There is also Siangau beach, which has various shapes of granite stones, as well as being a leaning place for fishermen, so that visitors can directly buy fresh fish at this beach.

Not only beaches, West Bangka also has a beautiful and instagrammable lake that can be visited, namely Aek Ketok. Moreover, there are also Kong Fuk Miau Temple and Jami Mosque, two places of worship that reflect the high tolerance of religious people in Indonesia. Talking about culinary, West Bangka also has speciality foods such as pelite cake, a cake made from rice flour, coconut milk and white sugar, which is one of the the first President of Indonesia, Ir. Sukarno’s favourite cake. There is also bingke cake, a Muntok’s traditional food that is usually served during Ramadan. Lastly, there is lakse cake, a cake that is very similar with putu mayang cake that we have known before.