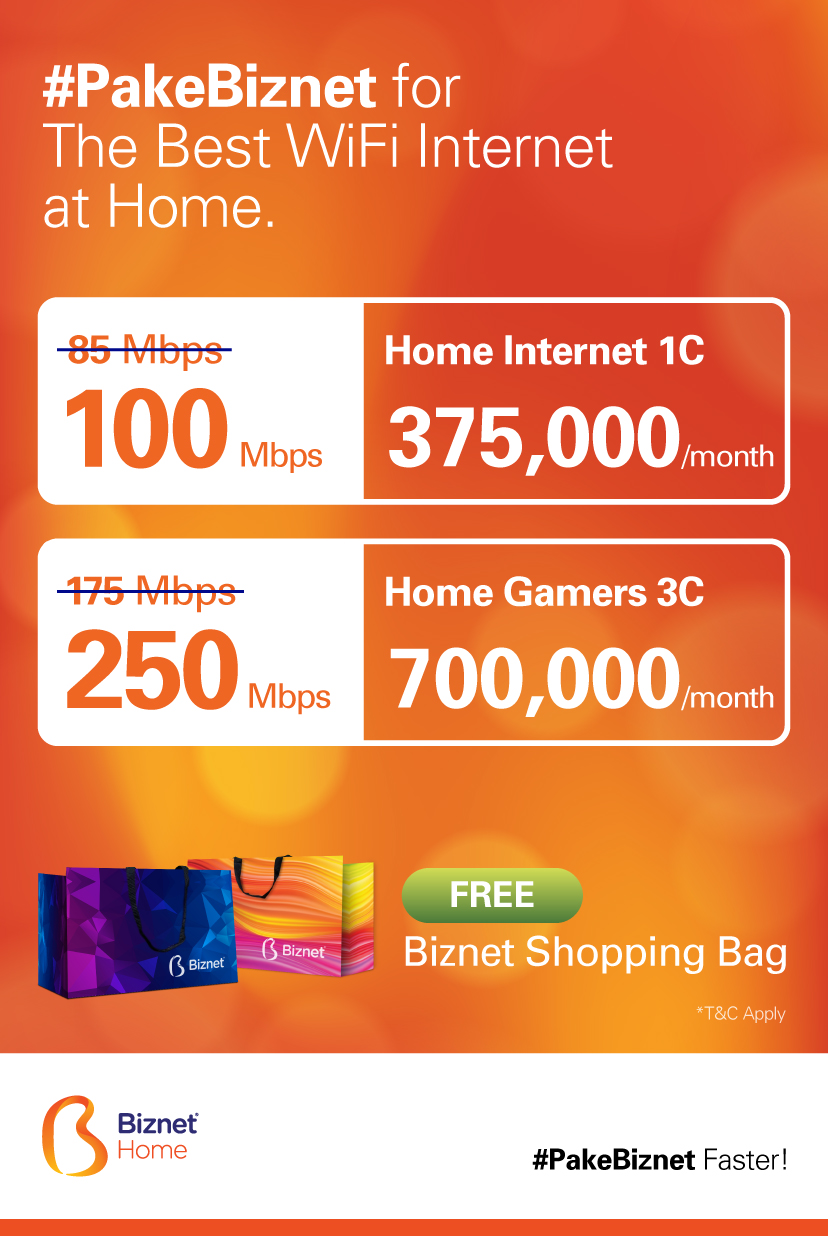 Bandung City is the largest metropolitan city in West Java, as well as the capital of this province. Bandung City has been known as a creative and innovative city for ages, especially in terms of digital industry, Bandung City has shown that many startups are being established in this city. This Flower City also has a leader who gives positive contribution in the development of digital sector, who also supports innovation and creativity of the people in Bandung City.

To support this government's effort in terms of digital technology, Biznet service has been available in Bandung City since 2005, providing fast and stable Internet service to support all it’s people's digital activities. Biznet also provides free Internet service that can be accessed by the public in several locations including shopping malls, educational institutions, hotels and hospitals.

1. Biznet Fiber will cover all areas throughout Bandung City

In 2021 Biznet will expand our network and coverage area in Bandung City, in order to provide the best WiFi Internet to support business and tourism activities that have been transformed to online methods as well as to support students' school from home activities.

We probably already know that Bandung City has beautiful natural scenery with many trees and flowers blooming in the city, which makes Bandung City named as the Flower City in Indonesia. The name of "Bandung" itself comes from the word of Bendung/Bendungan because the city is blocked by the Citarum River by Tangkuban Perahu Lava.

Located 140 km southeast from Jakarta City, this city has become a tourist destination for people from other surrounding cities. Because not just offers beautiful natural scenery and cool whether, Bandung City is also known as a city for shopping, with many factory outlets that can be found all around the city. Now, people also know Bandung City as a city with a lot of culinary. When you are visiting Bandung City, you have to try food such as seblak, mie kocok and also cuanki. Moreover, don't forget to stop by at various tourism places in the Lembang area, or you can visit Ciwidey White Crater, Bosscha Observatory and Bandung Palace Cliff.