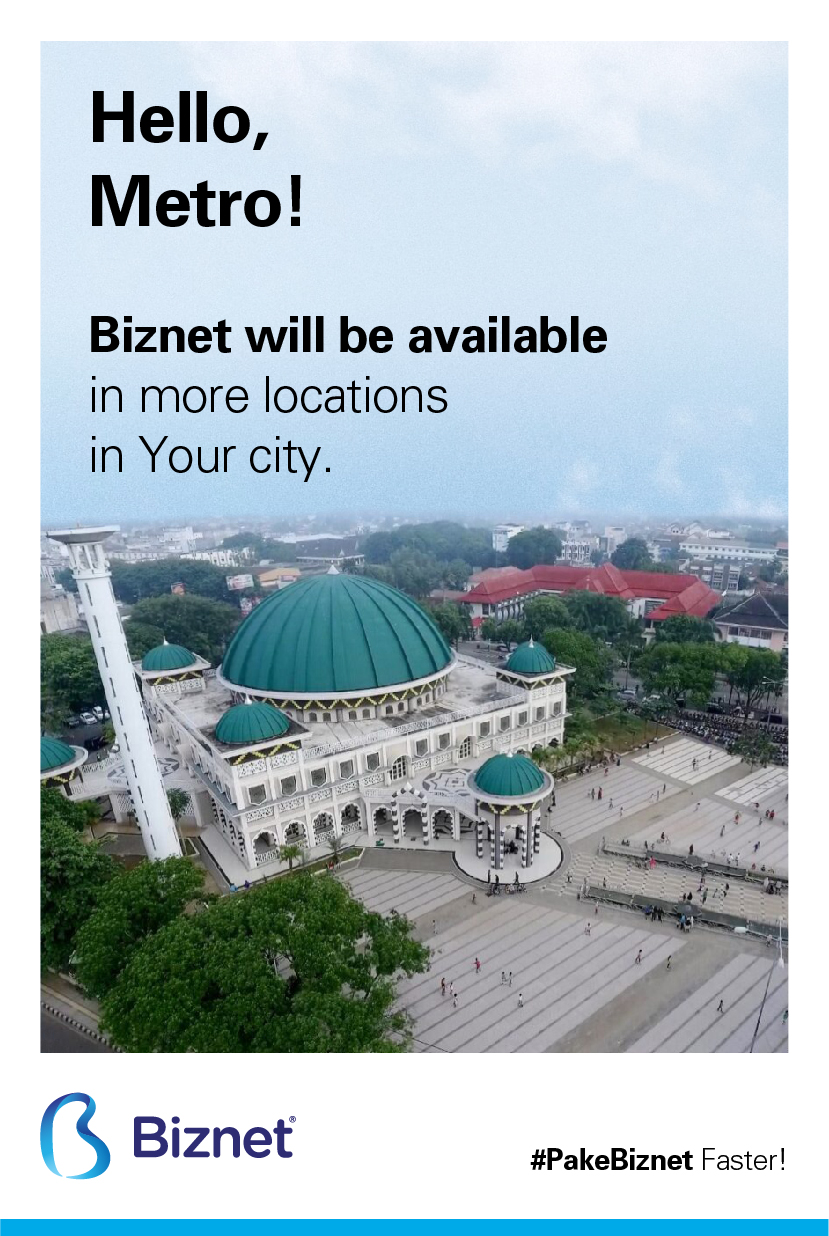 Metro City is one of the areas in Lampung Province that grows rapidly along with the increasing population and its economic activity. Moreover, the Lampung provincial government has also established Metro City as one of the Regional Activity Centers (PKW), which is expected to help Bandar Lampung City, which is also the capital city of this province, to develop other areas around it. City planning in Metro is also being carried out, of course, to meet the needs of the people in the city, especially for health and education facilities.

With the city development in this area, it certainly requires a reliable Internet connection. Therefore, Biznet plans to expand its network to Metro City. We will be here to provide reliable, fast and stable Internet services to support the development of Metro’s urban planning, as well as to meet the needs of the people of Metro City for the best Internet connection and also to realize the digital equalization in the city.

1. Biznet Fiber will cover all areas throughout Bandar Metro City

In 2022 Biznet will expand our network and coverage area in Metro City, to provide the fast and stable WiFi Internet service that will support the changing trend of business activities to online, and also to support children’s’ study from home activities.

Metro City has a complete facility education. Almost all education levels are there and many educated people are also supporting the city to be a study city destination. Besides being a city of education, Metro City also plans to develop the tourism sector. One of the tourism destinations that can be visited is the Bougenville Flower Garden, that offers beautiful views of flowers and various ornamental plants.