Aside for being the place for people in doing many activities, a building is also a place that gives protection and a place where we spend most of our time inside it. The design and shape of buildings in Indonesia have been evolving along with time and with influences from many factors. Biznet is collaborating with one of the best architects in Indonesia to design a comfortable building, since we believe that when a building offers comfort, the people in it will become more productive.

The Face of Architecture in Indonesia from Time to Time

What comes up in your mind when you hear the word Architecture? Some of us might connect the word to buildings with unique designs that we often see in many places. The word Architecture originally came from the word "Arhke" (Greek) that means "Original" and "Tekton" that means "strong" so in general, Architecture can be defined as an original way to build something strong. As part of art, Architecture is the art and knowledge that includes designing the whole environment starting from macro level such as city landscaping, architecture landscaping, up to micro level such as product designing.

Along with time, the face Architecture in Indonesia continues to grow and many architects are coming to change the face of Architecture by giving a modern touch into the design. As a company that was established in 2000 Biznet has also adapted many designs of modern Architecture to keep up with the trend today. Biznet is also collaborating with one of the most well known Architects in Indonesia, Mr. Andra Matin, in creating designs of buildings and layouts. One of the buildings that was designed by Andra Matin, as part of his collaboration with Biznet, is Biznet Technovillage, which is an integrated business facility owned by Biznet located 35 KM South of Jakarta. The concept of Biznet Technovillage is a green building, environmentally friendly with modern and clean design.

Andra Matin is an Indonesian Architect that has produced many designs with modern and clean touch, highlighting contemporary side and culture of Indonesia. In creating his designs, Andra Matin is always relying on his compassion to save the planet, which he showed through his designs that mostly environmentally friendly with green-building concept.

Aside from Biznet Technovillage, other designs that he has created also include Cikal School in Cilandak, South Jakarta, Potato Head, a famous club restaurant in Bali, the interior of Fatahillah Museum Jakarta, and other buildings that include modern housing complex, office buildings, and cultural centers. Biznet Technovillage is a modern integrated business facility located 35 KM South of Jakarta. The building highlights a concept of green and environmentally friendly, with a modern, industrial and clean design created by one of the best architects in Indonesia, Andra Matin.

Biznet Technovillage’s building is implementing LED lighting system for the whole building to save energy consumption, including the lighting system for the access road that leads to the building as well. As an environmentally friendly building, Biznet Technovillage ia also aware of the importance of having trees and plants for the future of human life. Therefore, we ensure that during construction all trees and plants are well maintained so they are able to give many advantages for their surroundings. Biznet Technovillage also has open spaces to ensure proper airflow to support all activities inside the building.

Biznet Technovillage was designed by Andra Matin, an Indonesian architect who designed high quality buildings with modern and clean design with contemporary style with a touch of Indonesian traditional values. In creating new designs, Andra Matin has always been highlighting his love to the environment, which described through his buildings that are mostly environmentally friendly with green-building concept.

Since he established Andra Matin Architects in 1998, Andra Matin has received many awards and achievements including IAI (Indonesian Architect Association) Awards in 1999 and 2002 for the design of Le Bo Ye Graphic Design and Dua8 Building in Kemang, South Jakarta. While the Conrad Chapel in Bali that he designed together with Antoby Liu and Ferry Ridwan, as well as Javaplant Office in Tawangmangu, Central Java, also received three awards from IAI DKI Jakarta in 2006.

Aside from Biznet Technovillage, other designs that he has created include Cikal school in CIlandak, South Jakarta, Potato Head, a restaurant and club in Bali, the interior of Fatahillah Museum in Jakarta, and many other buildings that include modern housing estates, office buildings, cultural centers and many more. 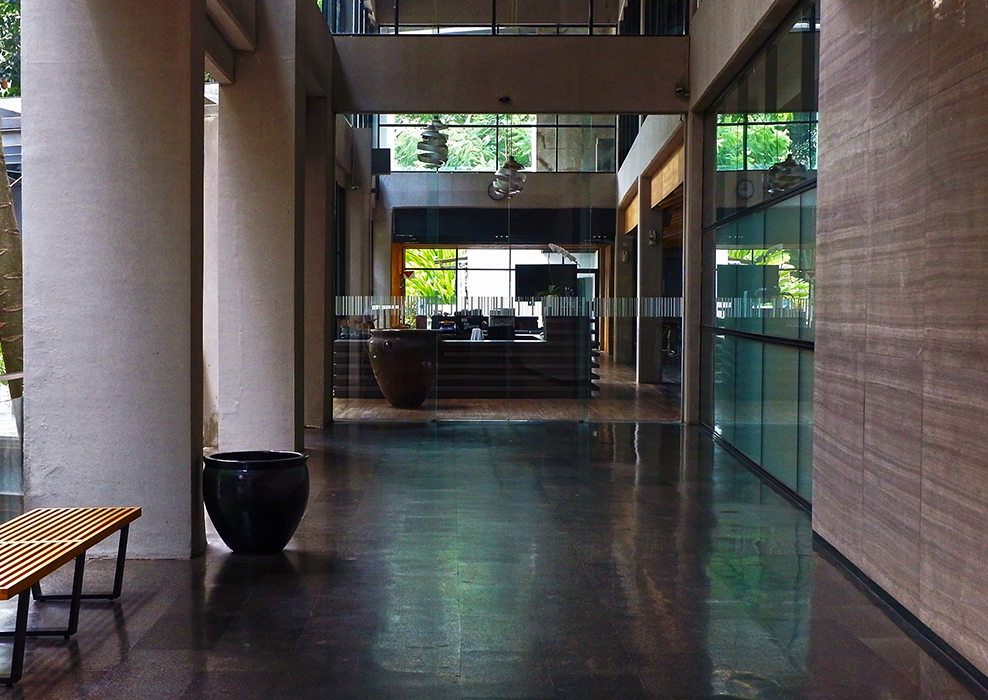 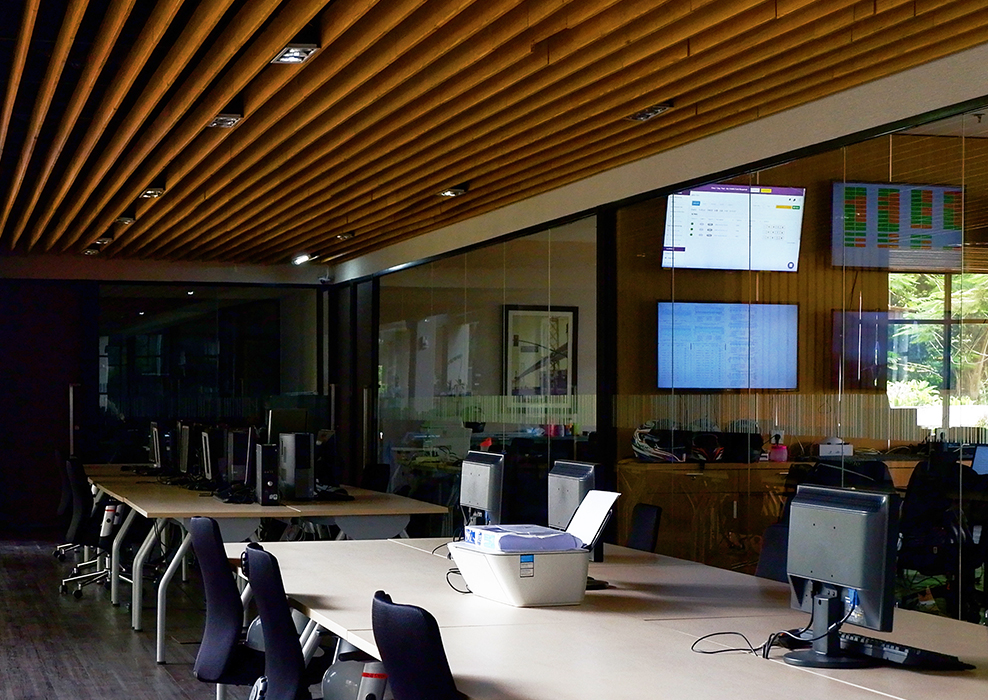 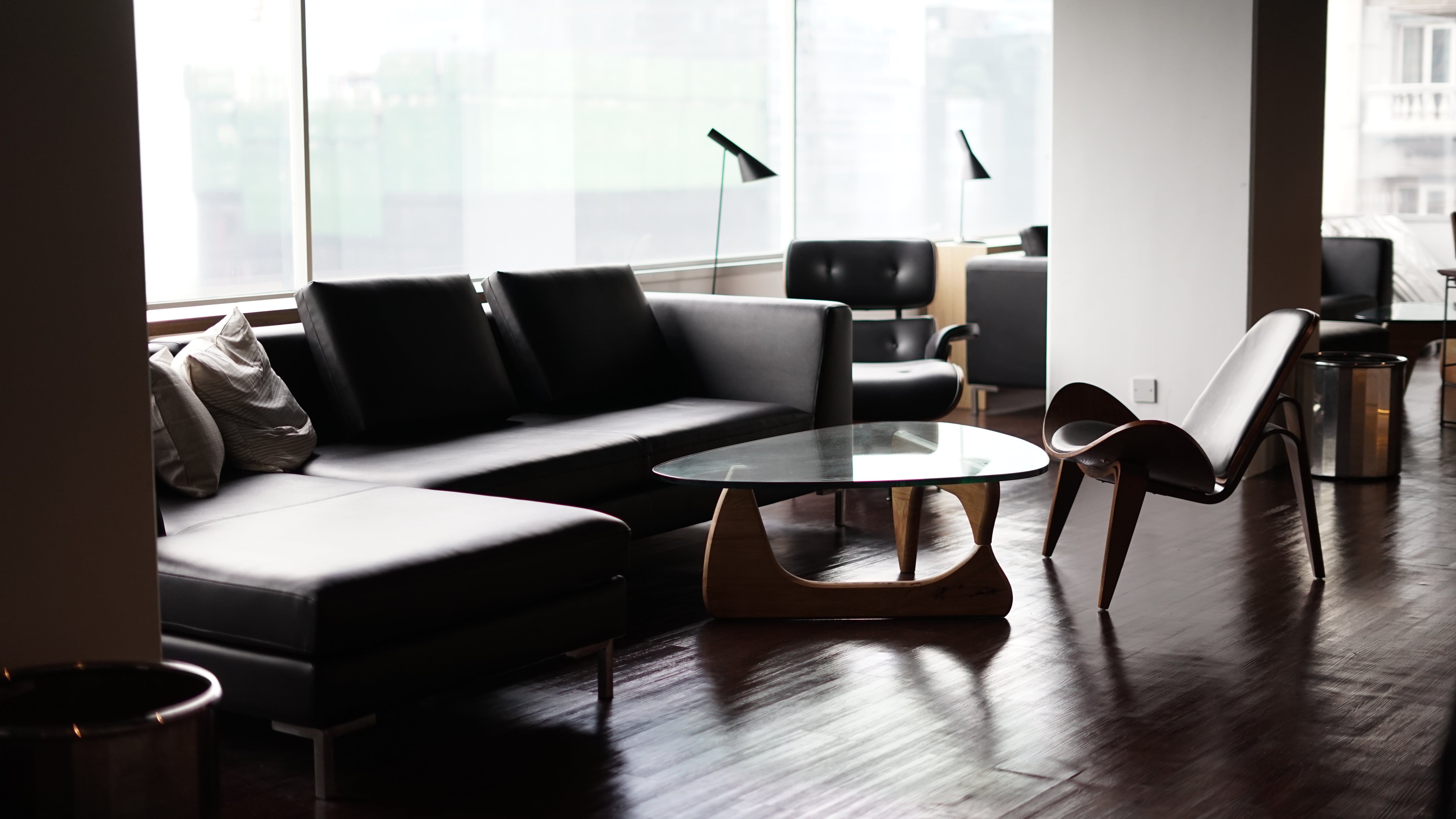 As a growing company with an increasing number of employees Biznet continues to expand coverage areas as well as office space. Head quartered in Jakarta, at Midplaza building, Biznet recently operates a new office in the building, at Midplaza 1, 17th floor designed for Sales Department. Andra Matin, one of the most recognized architects in Indonesia, was trusted to design the new office. Andra also designed Biznet Technovillage, an integrated office building and data center, located in Cimanggis, West Java, back in 2011.

The design process of Biznet 17th floor office was started with a discussion with Biznet President Director, Mr. Adi Kusma, on his ideas and how he wants the office to be like. Based on the discussion, it was confirmed that the main concept would be Modern Contemporary, a modern office with a lounge that brings out a warm and intimate ambience. Andra Matin then created a design with a simple yet modern concept, using natural color with two main tones of brown, which are dark brown and wooden brown, with a touch of black. Despite the natural and modern design, Andra still added a touch of futuristic, to embrace technology since Biznet is after all a technology company.

With a total space of 473 m2, the room was divided into several ‘islands’ to differentiate each function of all islands. It also has a certain room with specific functions including a special meeting room, lounge, and also day bed room to allow employees to have a short break after a long working hour. He also created several topologies on the seating arrangements to add more character to the room.

The main challenge faced by Andra and his team in designing Biznet new office was the timeline but every single phase was completed successfully and finally, Biznet officially launched the new office in January 2020. “We are more than happy to work again with Pak Adi who gave a room to created the design. To work on this project, we have no limitations and we are free to develop our creativity. Our cooperation with Biznet has been wonderful and we do hope that Biznet can always be the pioneer in technology and able to inspire other technology companies. Keep moving forwars and provide the best facility for more people,” said Ayudya Pramitha, one of Andra Matin’s design team. 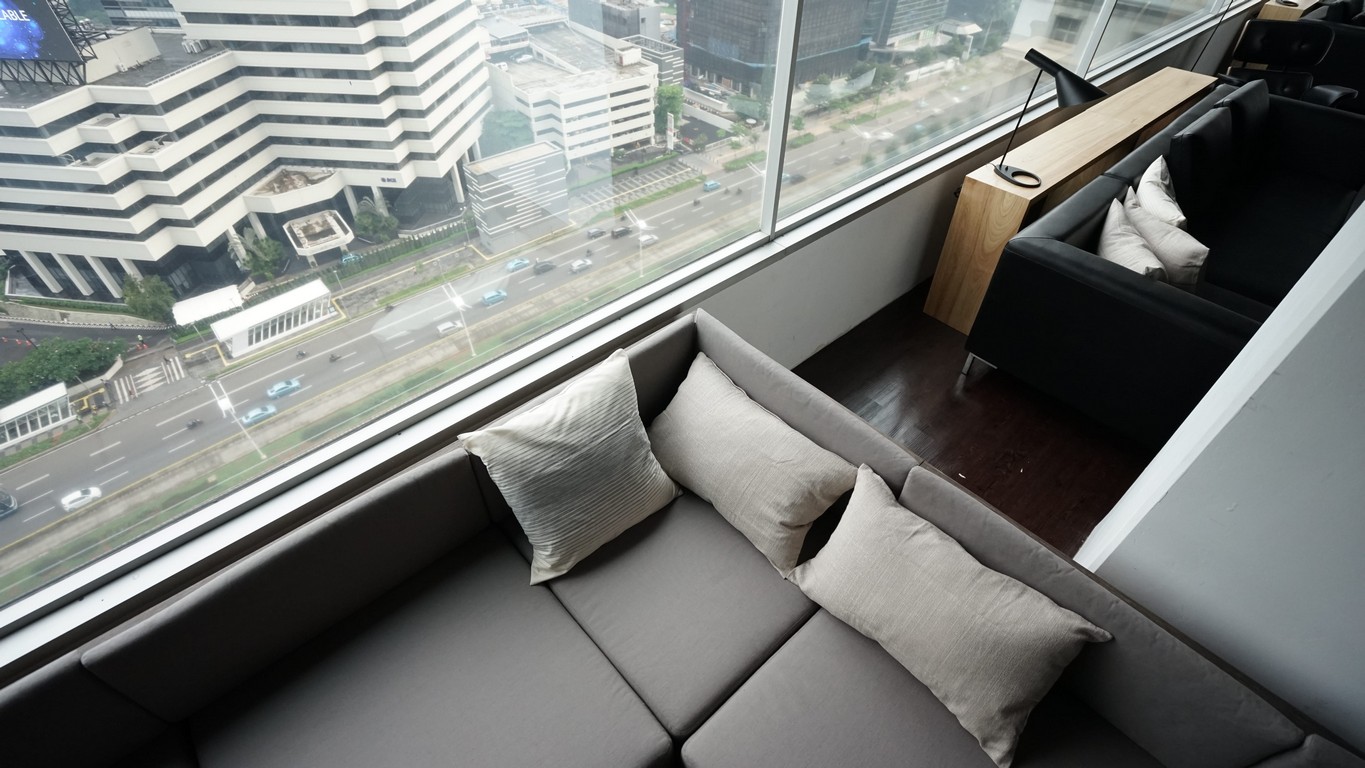 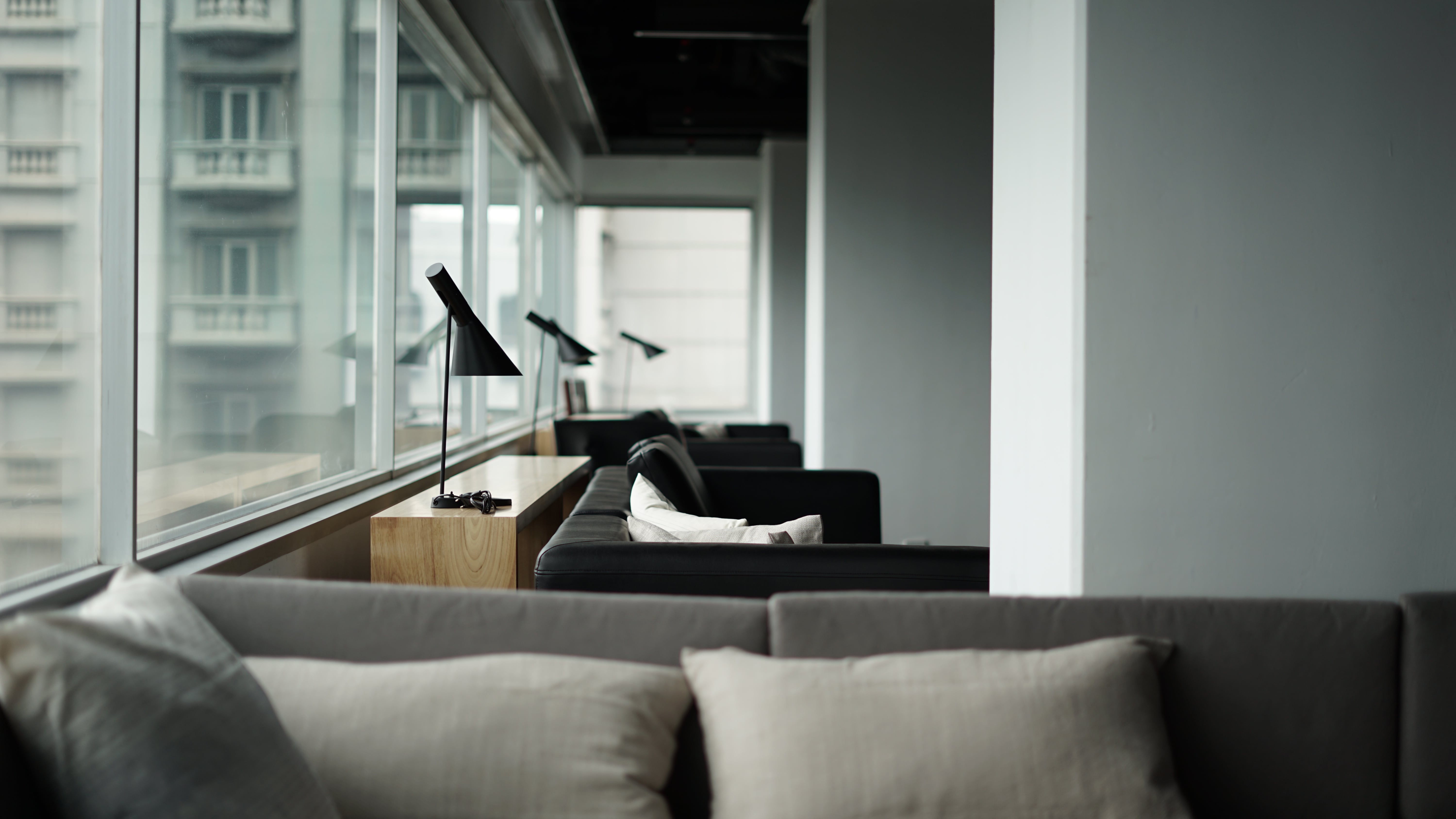 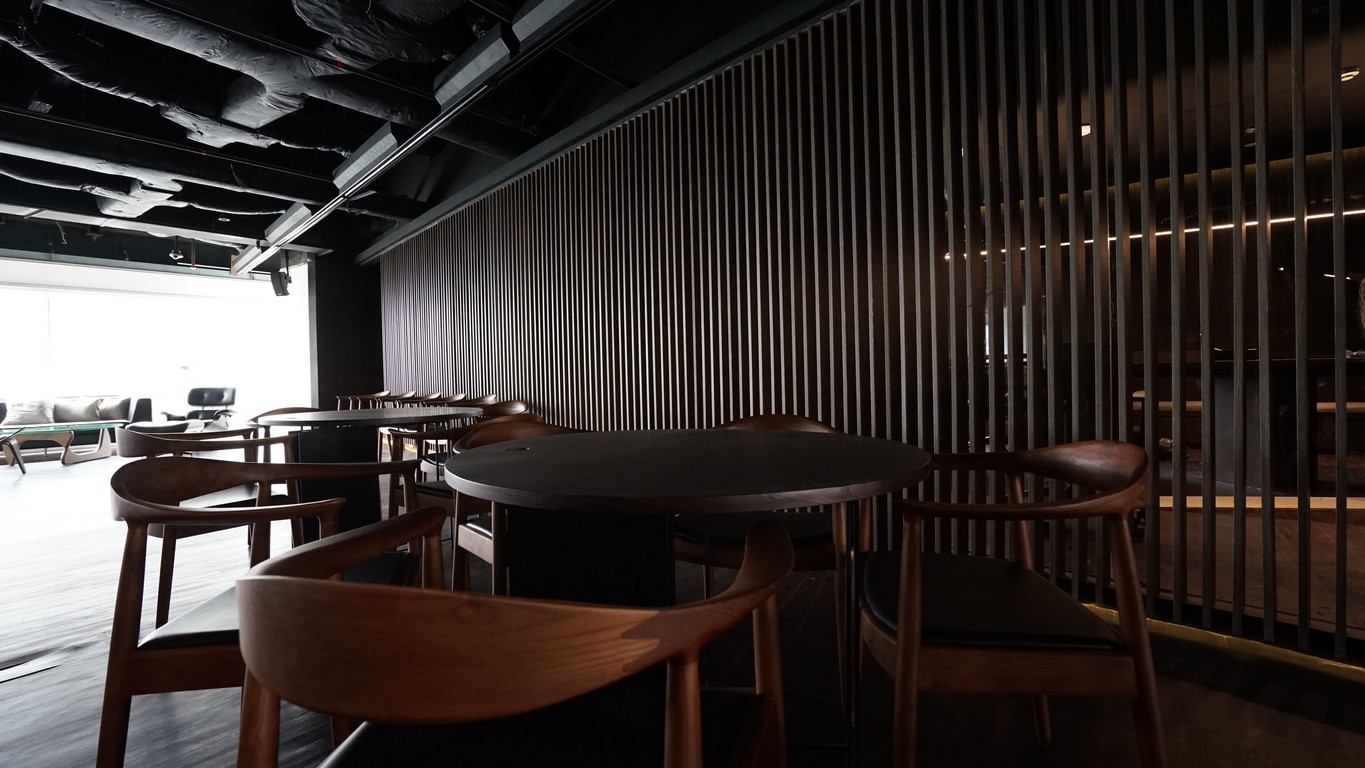 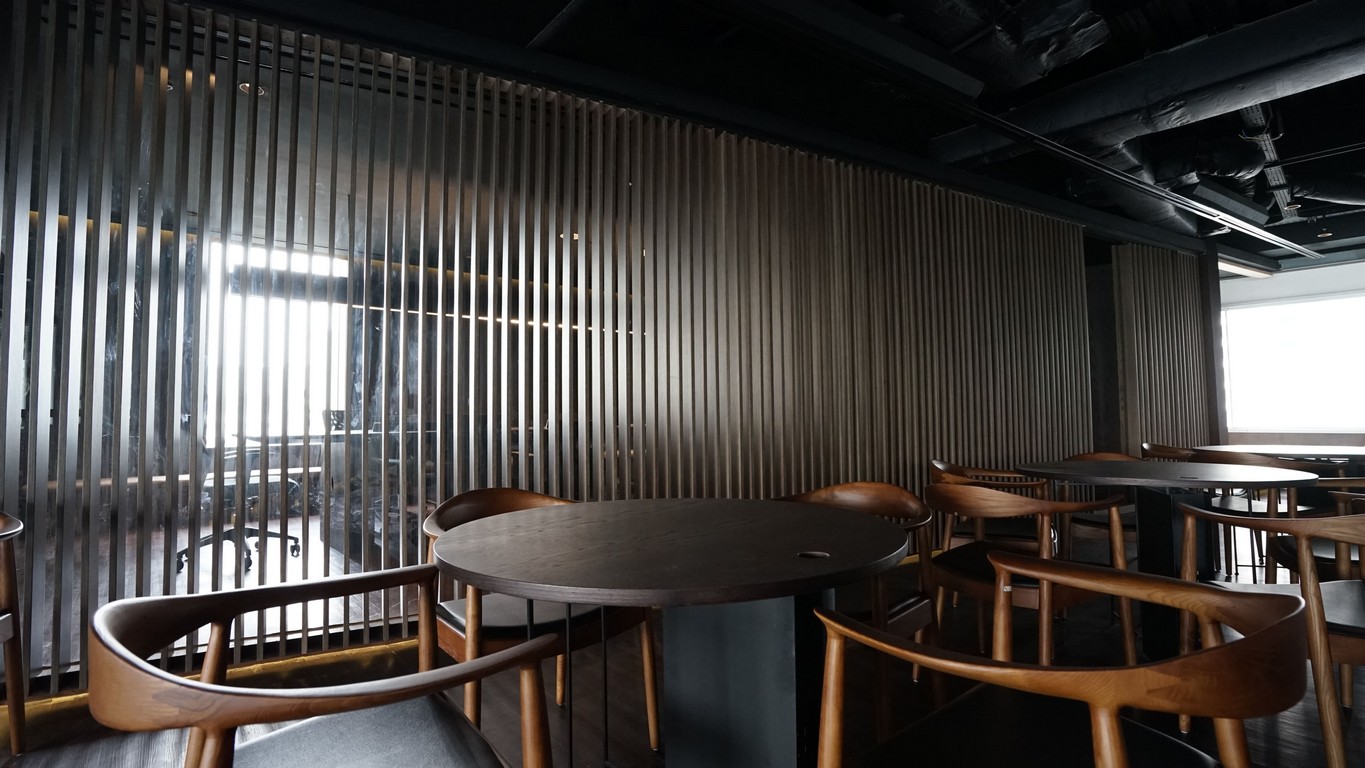